Elon Musk: "This Might Be My Final Message For Awhile"
I think the danger of AI is much greater than the danger of nuclear warheads by a lot.
Mark my words AI is far more dangerous than Nukes.
The biggest issue I see with circled AI experts is that they think they know more than they do. And they think they're smarter than they actually are. This is, this tends to plague, plague smart people. They define themselves by their intelligence and they don't like the idea that a machine could be way smarter than them.
So they discount the idea, which is fundamentally flawed. That's the wishful thinking situation. I'm really quite close to, very close to the cutting edge in AI. And it scares the hell outta me. It's capable of vastly more than almost anyone knows. And the rate of improvement is exponential. It feels like we are the biological boot loader for AI.
Effectively, we are building it. And then we're building progressively greater intelligence. And the percentage of intelligence that is not human is increasing. And eventually we will represent a very small percentage of intelligence. It's gonna come faster than anyone appreciates. I think it's. With each passing year, the sophistication of computer intelligence is growing dramatically.
I really think we're on an exponential improvement path of artificial intelligence and the number of smart humans that are developing AI is also increasing dramatically. If you look at like the attendance at the AI conferences they're doubling every year they're getting full.
I have a, sort of a young cousin of mine. Who's graduating from Berkeley in computer science and physics. And I asked him like how many of the smart students are studying AI in computer science? And the answer is all of them. Or a better approach or better outcome is. That we achieve democratization of AI technology, meaning that no one company or small set of individuals has control over advanced AI technology.
I think that's very dangerous. It could also get stolen by somebody bad, like some evil dictator, the country could send their intelligence agency to go steal it and gain control. It just becomes a very unstable situation. I think if you've got any. Any incredibly powerful AI. You just dunno, who's gonna control that.
So it's not as I think that the risk is that the AI would develop a will of its own right off the bat. I think it's more, that's the consumers that some, someone may use it in a way that is bad or, and even if they weren't gonna use it in a way that's bad that somebody could take it from them and use it in a way that's bad.
That I think is quite a big danger. We are, all of us already are cyborgs. So you have a machine extension of yourself in the form of your phone and your computer and all your applications. You are already superhuman, but by far you have more, more powerful capability than president of the United States had, know, 30 years ago.
If you have an internet link you have an article of wisdom. You can communicate to millions of people who can communicate to the rest of the earth instantly. These are magical powers that didn't exist, not that long ago. So everyone is already superhuman. I think it's the singularity is probably the right word because we just don't know what's gonna happen. 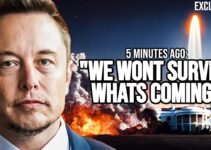 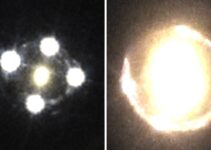 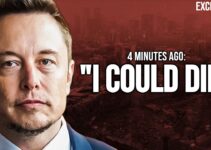 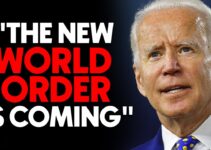