Elon Musk: "Most People Have No Idea What I'm Going Through.."
In this exclusive interview from December, 2022 Elon Musk reveals some terrifying details about what is happening to him and his life.
Young people globally want to be like ELON MUSK. What's your advice of that? I think that probably they shouldn't want to be you. It, I think it sounds better than it is. Okay. Yeah. It's not as much fun being me as you'd think. I don't know. You don't think so? No, there's definitely, it could be worse for sure, but it's I'm not sure I would, I'm not sure I want to be me.
I think advice, if you want to make progress in things, I think that the best analytical framework for understanding the future is physics. I'd recommend studying the the thinking process around physics. Not just not the equations. The equations, certainly they're helpful, but the way of thinking in physics is the, it's the best framework for understanding things that are counterintuitive.
And and, always taking the position that you are some degree wrong and your goal is to be less wrong over time. The, I, one of the biggest mistakes people generally make, and I'm guilty of it too, is wishful thinking. Like you want something to be true, even if it isn't true. And so you ignore the things that you ignore the real truth because of what you want to be true.
This is a very difficult trap to avoid. And like I said, certainly one that I find myself in having problems with. But if you just take that approach of you are always to some degree wrong and your goal is to be less wrong and solicit critical feedback, particularly from friends, like friends, particularly friends.
If somebody loves you, they want the best for you, they don't want to tell you the bad things. So you have to ask them, and said, really I really do want to know . And then they'll tell you, you don't need college. Learn stuff. Okay? Everything is available basically for free. You can learn anything you want for free.
It is not a question of learning. There, there is a value that colleges have, which is seeing whether somebody's is, can somebody work hard at something, including a bunch of annoying homework assignments and still do their homework assignments and soldier through and get it done.
That's like the main value of college. And then also, if you probably want to hang around with a bunch of people your own age for a while instead of going right into the workforce. So I think colleges are basically for fun and to prove you can do your chores, but they're not for learning.
I think failure's bad. I don't think it's good, , but if something's important enough, then you do it even though the risk of failure is high. . And so I think my advice if somebody's is in wants to start a company is they should bear in mind that the most likely outcome is that it's not gonna work.
And they should reconcile themselves to that pos strong possibility. And they should only do it if they feel that they're, they are really compelled to do it, because it's going, the way starting company works is usually in the beginning, it's the very beginning.
It's fun. And then it's really hellish for a number of years. You talked about chewing glass. Yeah. There's a friend of mine who's a successful entrepreneur and started actually his career around the same time as I did, and he has a good phrase. His name's bully.
He said, yeah, starting company, like eating glass and staring into the abyss. And you agree with that generally true. , yeah. And if you don't eat the glass, you're not gonna be successful. Also, if you wanna have more self-belief and more self-confidence, I've created a special free program where every day for the next 254 days, I will send you an unlisted video to help you boost your self-belief and self-confidence to link the join for free.

All content on this channel is licensed, managed, and or produced by CBS CLIP LICENSING GROUP and Partners along with Inner Vision Studios, Inc 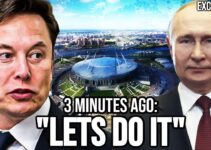 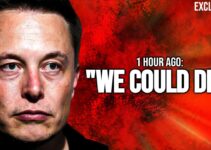 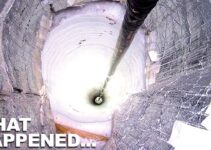 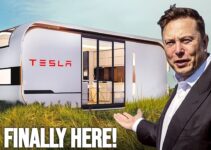 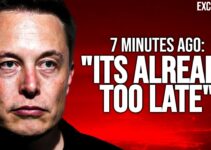